A Concert of Matthews Passion in Toyama

I have travelled to Toyama city for the past 2 days. It was to listen to a concert of Matthew's Passion by Bach. It was the 10th anniversary of Bach Ensemble Toyama. Actually, this ensemble was quite new to me. It is a local chorus which has been performing the works of  Bach and the contemporary composers. I would like to know how such a local amateur chorus could do with this great music. Supposedly, it was quite tough for an amateur group to perform this voluminous and large sized work. In addition, it was the 2nd anniversary of a close person for me who had died at his young age as well. I was heading to Toyama as if on compulsion.

Through the long tunnel dividing the eastern and western Japan, the train went to a land of snow. 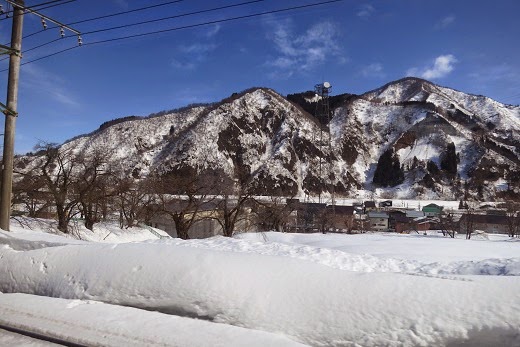 In Niigata Pref. on the way.

Snow has gone in Toyama Pref. The high mountains on the eastern side of Toyama Plain still had thick snow. 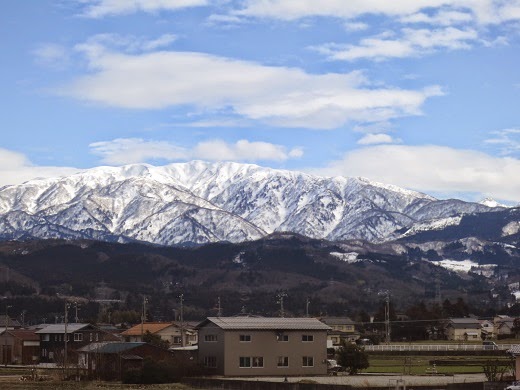 The concert hall was in a gorgeous building close to the railway station of Toyama. 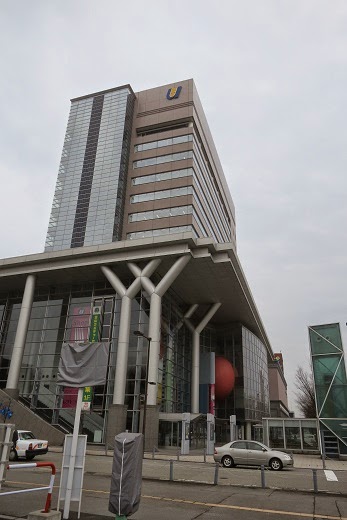 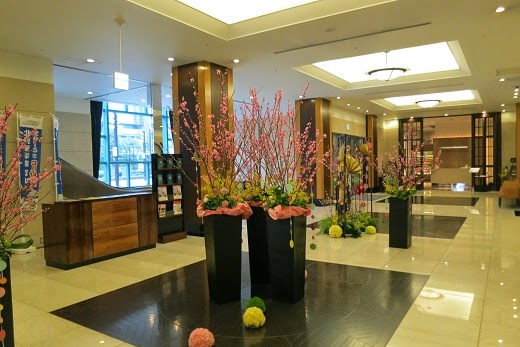 At the lounge of the hotel I stayed.
A bbeautiful object of Ume flowers.

Before the concert, Prof. Isoyama, an eminent scholar of Bach music, has given the audience a short lecture of this work. He emphasized it would be worthwhile to have this concert far away in place as well as time from Bach's birth place and his era. It might be the 1st ever perfromance of this piece in Toyama so far as he knew. The 2nd point was that we should know Bach had evangelized, through this great music, about Jesus bearing the burden of crime, anxiety and pain belonging to us. Even without the religious context, we could be touched by the life of Jesus to be crucified despite of his total innocense. We should be aware that the story was not to clarify and punish the people responsible for Jesus's death. But it was to concentrate on our crime. This is my quite incomplete resume of his lecture. I used to read his books about Bach and Matthew's Passion in the past. He has been a scholar as well as a critic whom I have relied on. Actually, I have known this concert through his blog. He used to tell in a post that he had given lectures about this music to the chorus members last summer. I have also known an old friend of mine was going to play it as a violist at the orchestra accompanying this music this time. She used to be the concert mistress of the university orchestra when I was the top cellist. We have played the 7th symphony of Beethoven at that time. Enough about my old story. 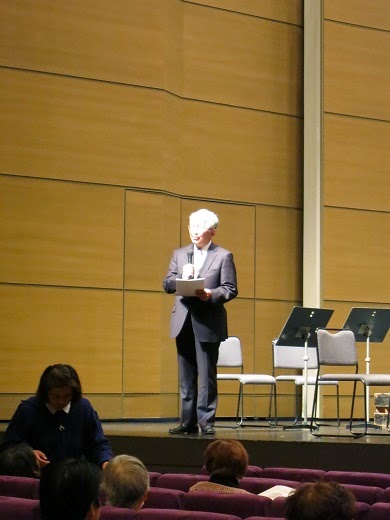 It was again overwhelming me how they had performed this memorable piece. The 1st music is like an overture and a summary of this music. Prophecy that Jesus would be captured and killed is made by Jesus.
With chorals and arias of regret and belief in Jesus lying between the story telling musics, it gradually climbs to the climax where Jesus is dying on the cross at Golgotha. His last words of scream won't help piercing our hearts. The writer of Matthew has described the human aspect of Jesus in this way. After this tragedy, the tone of the music is changed from tension to relief. The music is ended up with moving music wishing rest to Jesus. Sorry for unskillful summarization of this music. There are a number of excellent explanation of this music in the world. Please refer to one of them if you should be interested in this music.

What have I felt at this performance? Deep emotion and touching. A few performers were not proficient enough to play this difficult and long music. But what has given me in mind is much more than that small defect. Maybe, I have made too much empathy into their performance. But imperfect performance sometimes could move us in this way, I realized again. The chorus sounded especially great. Sometimes powerful to fulfill the hall with their singing. In the other occasions, they sung with tenderness like whispering. It expressed how deep they had sympathized with this music. I must admit, listening to the last piece, I could not help crying a bit. It was the music played when my father had been put into the coffin in his funeral. As soon as the ceremony was finished, the last chord of this piece resounded there. It was as if the music had ended his life up with peace. Not only that memory but also so many things have come into my mind. The music sounded to prompt me to reconcile with all my faults and absurdities in my life. It was as if telling me every thing had already been forgiven through the death of Jesus. 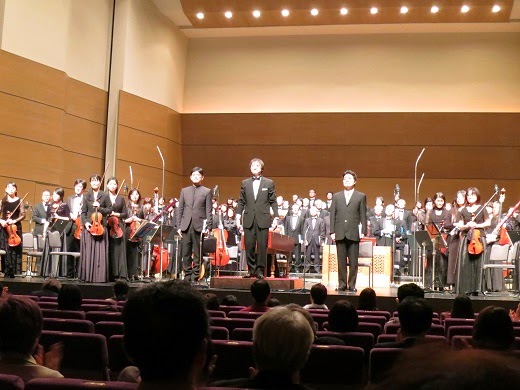 At the end of the performance.

I have had a glass of beer for myself at the hotel I stayed in the evening.
A really satisfying trip. I would bring my wife in such a trip next time. 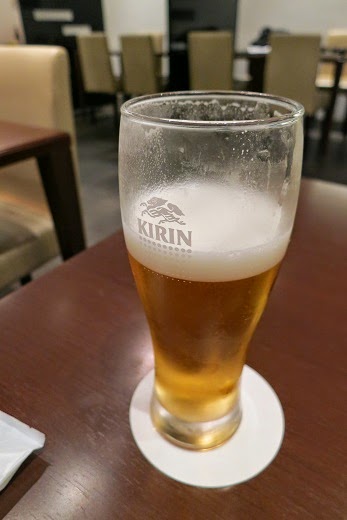