The 5th anniversary of the death of a close friend

This Oct 6th was the 5th anniversary of the death of an old friend of mine. He was a ham, JH1HDX, named Mamo.
I knew him through ham radio in early eighties. It was when I came back on the radio while serving residency at a med school hospital. He was a young engineer working for a battery manufacturing company. Both of us have had humble set ups. We used to talk a lot on 15m SSB.
Even though there were some intervals of absence, our friendship has lasted and we have been in touch each other since then. We have had a drive trip together to a mountain area one time. It was a fun trip dipping ourselves at a hot spa and visiting a ham friend over there. While having an intense personality, he was also a kind and tender person. He was a kind of a man of defiance to any authorities. It might be common to me. That might be a point which we had felt attracted each other. That personality made him look like a peculiar person in a sense. At the same time, he was sensitive in human relationship and was very tender to the others.
In the spring 5 years ago, he abruptly gave me a phone call from a hospital. He let me know that he had been suffering from acute leukemia. For the next few months, he has undergone a few courses of treatment without any remission. It was a severe fight for him. I have visited him at least once a week and have tried to share hopes for the future with him. However, for the last 3 weeks, feeling too sad seeing him declining rapidly, I could not visit him. I still regret that. Wasn't it the time when he had needed me? I heard he had passed away being cared for by his family.
His wife and daughter have welcomed me at a Soba restaurant over there. I haven't seen his daughter since  her elementary school days. She has become a lovely lady. His wife also looked fine. Even though there have been a few family event at her family for the past 5 years, all of them seemed to get along fine. Both of them in front of the restaurant. 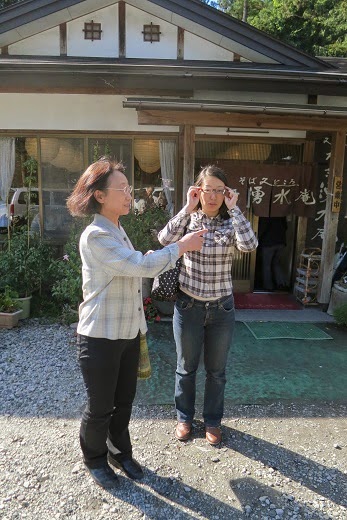 Beside the restaurant, there was a brook running from a spring close there. A quiet and nice place. 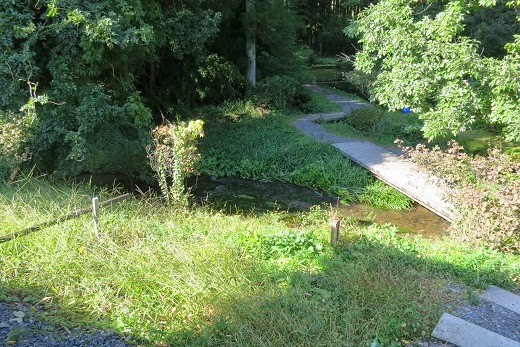 After enjoyable lunch with them there, we have worshiped his tomb near there. He was sleeping together with his father there. Praying that I was sorry I hadn't visited him for the past years, I left them there and headed home. On the way back home, I ran on Reiheishi Highway, where they had walked in order to worship Shogun Ieyasu Tokugawa at Toshogu in Nikko.
It was the way I used to drive in my young days when visiting Nikko area as well as Mmo's home. It looked exactly the same as 30 years ago. 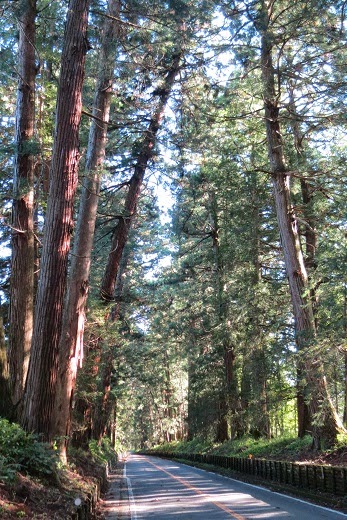