Reception for Jim N3JT and Nina

Last night, I have met Jim N3JT and Nina who were here on a tour in Japan. It was not so easy for me to catch them. I have arrived at the lobby of the Hotel Monterey Akasaka in time as promised with Jim. But they did not show up even some time after the promised time. I asked the front personnel if they were staying at the hotel. He told me their names were not on the list. What is wrong?!, I uttered to myself. In addition, Atsu JE1TRV, who kindly arranged the party, won't reply to phone call. Sitting on a sofa at the lobby, I was desparately wondering if I was in a deliberate trick.

In a few minutes, Jim has called me on the cellphone. It was the Hotel Monterey Hanzomon near to that of Akasaka that they were staying at! Needless to say, I rushed to that hotel on a taxi. I was supposed to bring them to the reception place. Coming back to Akasaka with them, where the reception party was planed at a restaurant, I found there were too many restaurants around there. It was a kind of amusement area with many bars and restaurants in high buildings. The illuminations were so bright but were confusing me enough again. When I called the reataurant of the reception, I finally could catch Atsu who had already arrived there. He came to bring us to the restaurant. My mission was finally copleted! Is it my age which has made such a mess? I used to do such a mission much easier years ago.

There were already all the attendees at a cosy small room in the restaurant except for three of us. From left to right, Nina, Jim, Dan WA6URY as well as 7J1ABD. 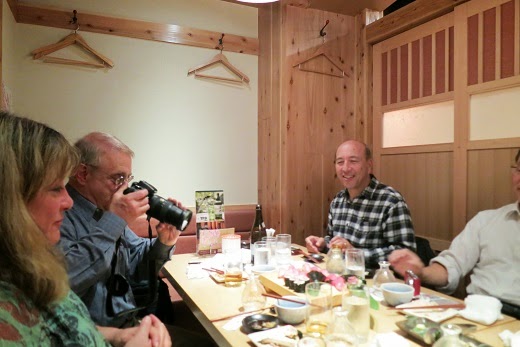 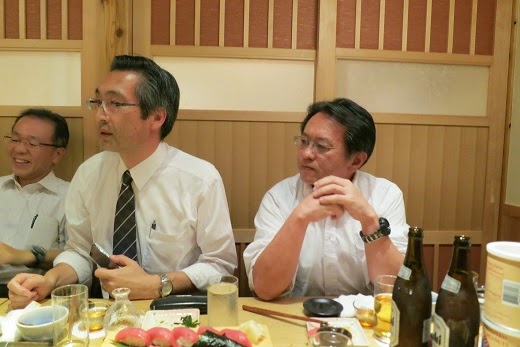 Various kinds of Sushi. As expected, Jim was curious to know the names of sushi material. Atsu has brought a list of such items. Jim has enjoyed much sake named Hakkaisan. I hope he has not hang over this morning. 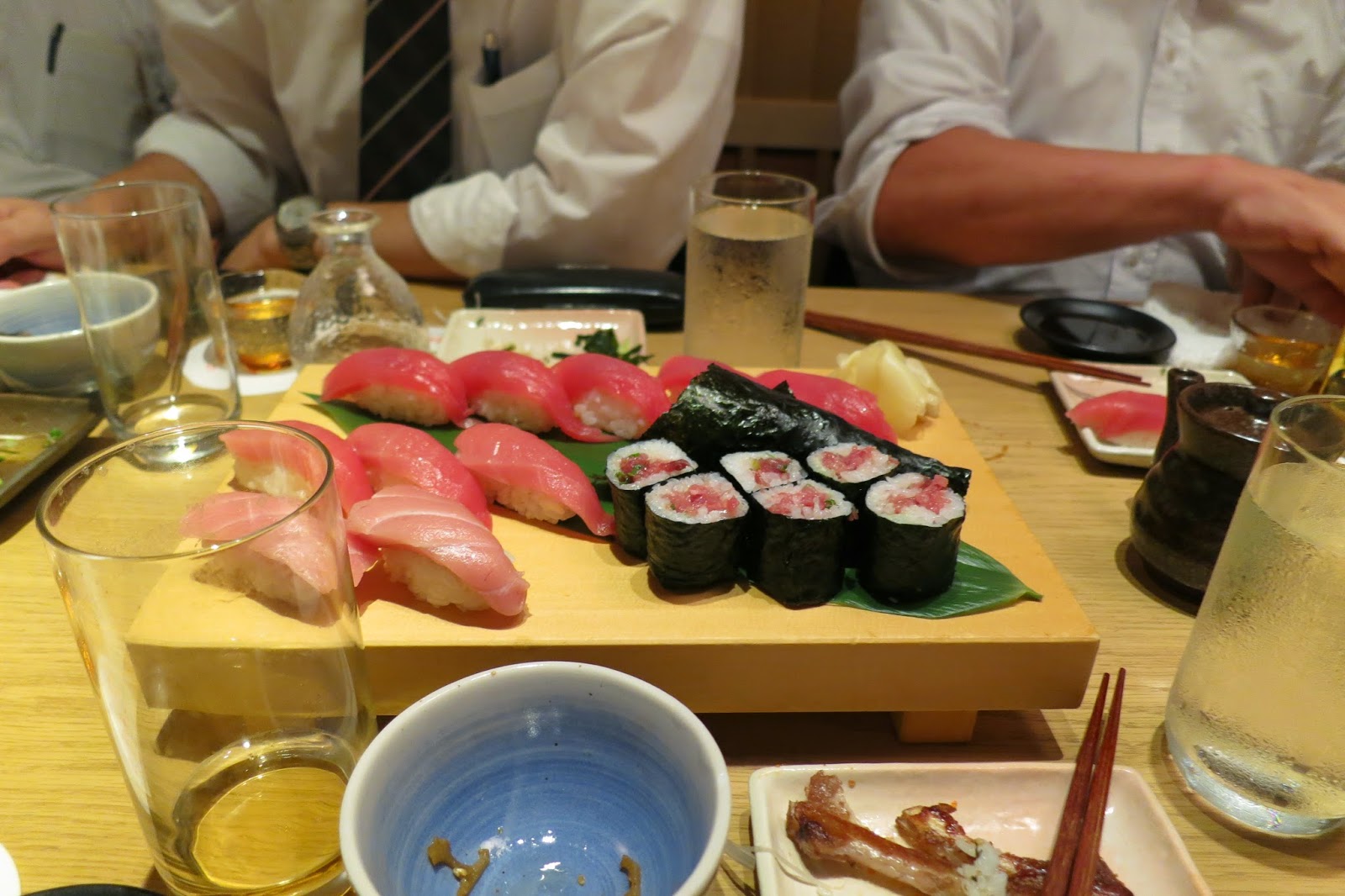 I have known Jim since mid 80s, I guess. He has been a man of great deal of topics and curiosity for anything in the many QSOs on CW. In this first eye ball, I have had the same impression with him. He looked young and sociable as well. 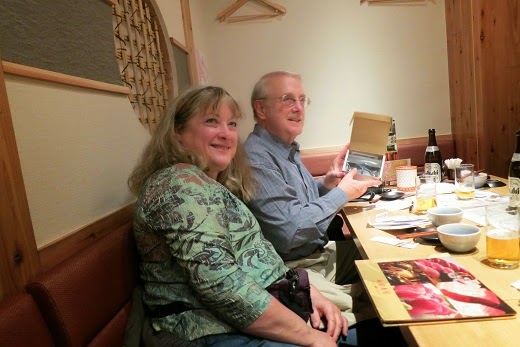 In the various topics in the discussion, I was impressed to hear he had thought decline in ragchewing activity on CW was related with prevalence of the internet. We could get in touch on it easily. And e mail would got the role of ragchewing on CW. That was his idea. I know he was aware of my thought of criticism against contesting and he has emphasized more importance in contpeting activity on CW in the discussion with me.
I should have discussed about this issue in depth. But the mood of the party and lack of my debating ability in English have prevented me from doing that. Maybe, in the near future, I should write an article regarding how important ragchewing is on CW communication and how it has been affected by contesting activities. Nowadays, both of enjoyments in CW communication won't exist in parallel but are in the phase of confliction each other.
Jim was curious to learn things in Japan. Especially, japanese characters or ham radio license system etc. A sharp guy. Nina was a warm hearted lacy as I expected. I have learned where they were from and what they have done for jobs. It seemed they have enjoyed the meeting so much. It was my joy as well. It has passed over 3 hours since starting the party when we realized how late it was. Hiro has taken both of them to the station close to the hotel they were staying.
I won't go back home last night but stayed at a hotel in the other area of Tokyo. There were crowds of people in the amusement area. I felt a bit of dizziness among them. It was not the place for me to live any longer. Getting up early in the morning, I came back to this peaceful countryside.

I wish Jim and Nina a wonderful trip thereafter.