There was the property of a temple next to the shrine I had just visited. At the entrance, the shrine was on the left side while the temple was on the right side. In the last article, I have erroneously written either of those religious facilities had been moved from somewhere. In reality, the shrine was built next to the temple by an ancestor of clan Ustunomiya, a local leader in Muromachi era. He had been punished to be sent to Tosa area in Shikoku due to a political mistake by the government at the time. Praying for returning to homeland at a shrine in Tosa area, as the story tells, he was allowed to come back here in a year. When he came back here, he decided to build a shrine as a branch of the shrine in Tosa area just next to the shrine where the genereations of the clan had been buried. I had not known of this story until I looked up about the history of this shrine/temple complex.
This is the entrance of the shrine. It is paved and surrounded by cedar trees. Again, no tourists.
﻿ 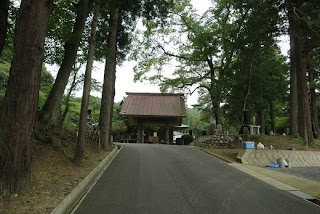 This is the building storing a Buddist statue in it. The priest and the family may live in the houses on the background. 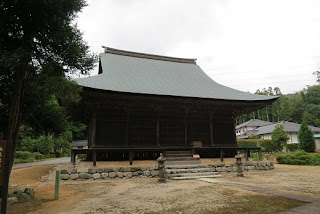 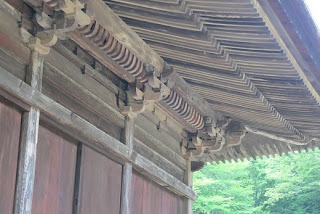 Another view of the building. The base made of the stones looked in good shape. I am sure the building has been cared well for the years in the past. They say there is an old statue stored in this building. 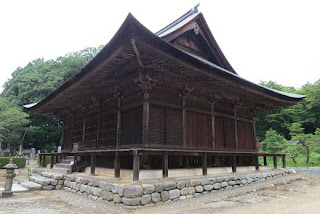 Another building in the temple. A beautiful straw roof on it again. 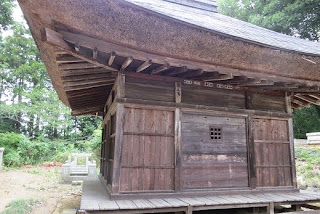 The yard is surrounded by old trees. The tree in the center on this photo is told to be over 500 years old. 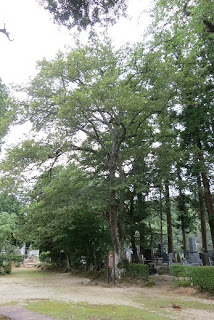 Another view of the yard. You may see a few tombs on the top. There were dozens of tombs in the yard. There must be a number of supportive members in this shrine, who have been donating for the management of the shrine as in the case of the other shrines. 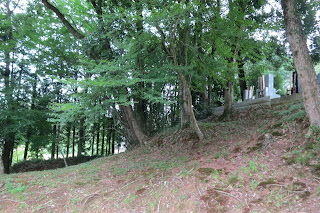 It was interesting there have been a shrine and a temple just nextdoor each other at a place. In Japan, different religions have been accepted at the same time. Shinto was established to be a religion authorizing the first governments in the history of Japan. It has been oriented to the political power, I believe. On the other hand, Buddhism underwent a reformation in Kamakura era etc, which urged it to be a religion relieving each of the people. Unfortunately, it has lost its vitality as a religion for now. Buddhism is only for funerals at present while Shinto is for the ceremeony in the new year days. I am proud of the histories of the religions and those historical monuments. But they are not alive for those who need relief by religion at present, I am afraid.
I feel relieved to visit such a place, though. Very quiet and peaceful. No crowds of sight seeing visitors. We should preserve such a place as a treasure from the ancestors. To those, who would visit our country, I would recommend you to visit somewhere like this, not popular but historical enough.