A drive up to a volcano

On the other day, a photo showing a beautiful scenary in a resort north of here uploaded by a friend of mine in facebook has tempted me to go there. It took me an hour and a half to drive up there. Since it was a plain week day despite of being in the mid of summer holiday season, there were less tourists visiting there than I expected. It was a route less people drive to the mountain. A straight road surrounded with woods, where the sunray was coming through the leaves. 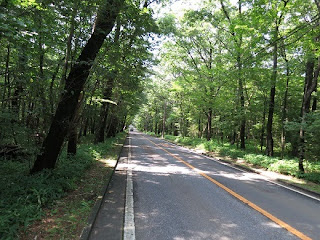 I recalled that I used to stay a whole summer at my sister's home near here. My brother in law was working as a vet doctor in this area. There used to be a large number of cattle being raised here. It is still an area of dairy farming there. I was studying for the entrance exams for med university those days. This scenary clearly reminded me of those days. I was walking around their home alone in morning and evening. 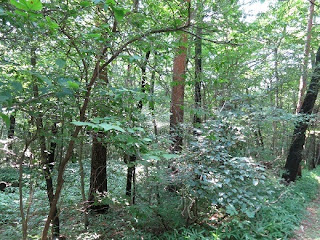 One of the peaks of Nasudake. Nasudake is an active volcano classified as a stratovolcano like Mt. Fuji. It has a cone shaped peaks with broadly sloped foothill. As soon as I got into this foothill, I could smell something like sulfar. Yes, there are many hot spas around this mountains. 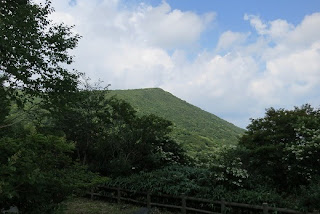 A slope near to a peak. There was a rope way to the peak, which I did not take this time. The rope is seen faintly along the slope. 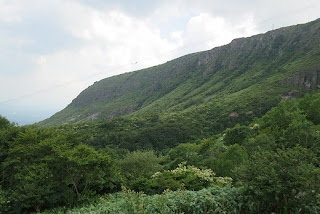 When I was watching around at an observation spot, a couple came to me telling there was a bear on the foothill. They have shown a photo of a bear in the bush. I took a walk around the parking lot close to the peak. There were a lot of small bushes there. I thought I could run across with some animal like bear. My guess could be right. They had seen that bear on this slope though he/she disappeared there by this time. 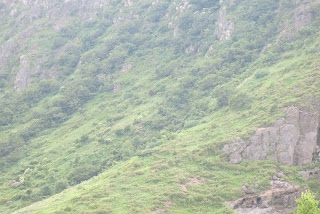 It was misty far away. They said there had been a thunderstorm down in the plain area. Cool and cosy at an observation platform on the way. 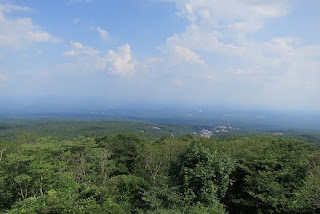 Much less crowded than expected as told. My car which ran fine despite of steep slope and many windings. On the way back home, I bought a cheese cake for my wife and some sausages for me. It turned out to be not much fun going such a place all alone. What left me was sore calves the day after. 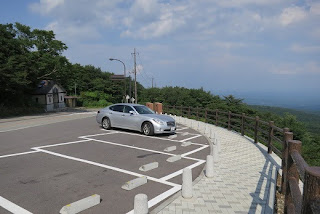