Visit to a place to be remembered. Pasture at the foot of a mountain nearby

It was in the last year at a college when I decided to change my profession and to be a medical doctor. I should have prepared for the entrance exam for a faculty of medicine at university. It was quite competitive to be admitted to any medical university those days. The license of medical doctor shoul be attractive to many young people then. It was the days when so called baby boomers were entering universities as well, which was causing even harder competetion in the entrance. However, it was the days of the campus disturbance at the college i was attending to, which I was involved in for months. At graduation from that college, I took the examinations for two schools without much preparation, which turned out to be failure at both.   I should go on a life preparing for the next chance.
I was attending to a preparatory school. In the summer, the school went into the days off. I wondered how to spend the precious days without getting lazy. I thought I could be lazy at home. At that time, my elder sister has just married to a vet doctor who was working in a dairy farming area on the outskirt of a mountain north of here. It looked a quiet place suitable for studying. My sister and her husband kindly let me go and stay for almost a month there. I took it for granted that they would have me at their home. Considering of their care for me at that time, I know I have made a thorough mistake.
I could not recall on the place accurately but had an obscure image on the map. This afternoon, it was so fine and even mild that it was too bad to stay home. I drove up there. It took me about 90 minutes. It was located adjacently north of the crowded resort area. Surrounded with vast pasture and forest, it was deserted and quiet. It could be because that the cattle was gone into the ranch houses. It looked as calm as in the days when I used to stay there. 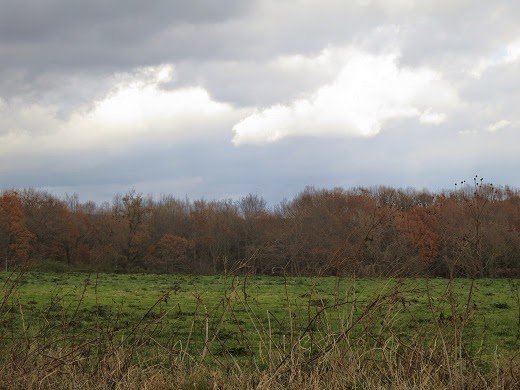 My sister and her husband﻿ have prepared a room for me in a shed house. Very quiet without any distraction. A good place for me to concentrate on studying.
Before evening meal, I was often taking a walk around by myself. I have never met anyone on the way. I can't remember what I had thought about at that time. I might have a vague anxiety for the future. I might wonder what I should do if I failed the exam in the year after. This quiet environment without any disturbing things have helped me so much. 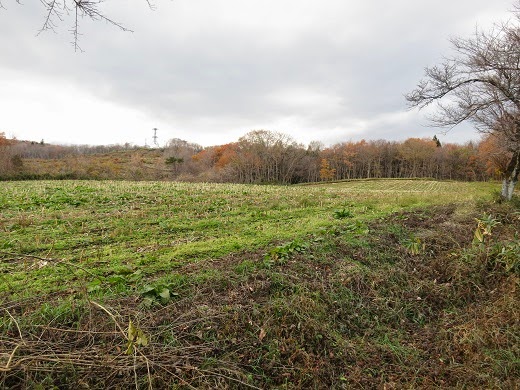 In a few weeks when the summer vacation was over, I headed back home in the noisy and busy town.

I could never be more thankful to my sister and her husband for having given me such a place and time for studying. I should have expressed my thanks to them before. Without their support, I could never have gone the way in my life.

When I got home, an email from my sister had arrived, reporting her trip with her elder son and his family to our brother and his wife in Sendai city. I found she had made quite a few mistakes in spelling and sentences, which I scarecely noticed in her mails in the past. She told me she would downsize her life at present. She has put an end to the chorus this fall, which she has been enthusiastic for the past 25 years. Maybe, she has realized of her own age. She told me that she had been pleased to be celebrated for her 68th birthday in this trip to to Sendai. I would see her sometime and, expressing my thanks to them, talk of the days of my stay at her honeymoon house some 45 years ago.