The same dish has been already uploaded before.

Squid has been rather expensive for the past several months, so that this dish won't come on the table for a while. This rise of the price has been told a result of expensive oil necessary for fishing squid as the light resource. Lately, coffee is getting costly. They say it is due to the bad weather in the area of manufacturing. However, I could smell something of speculation. At least, when some products are lessened in the market, such speculators won't miss a chance to make money. A few years ago, such a movement for speculation has been observed for cone in the market. Whenever I go to a supermarket, I could not help feeling such a thing at the prices of items.

Getting through the mannerism of the recipe at our home, I have prepared this last night. It was a special dinner having our daughter at home. 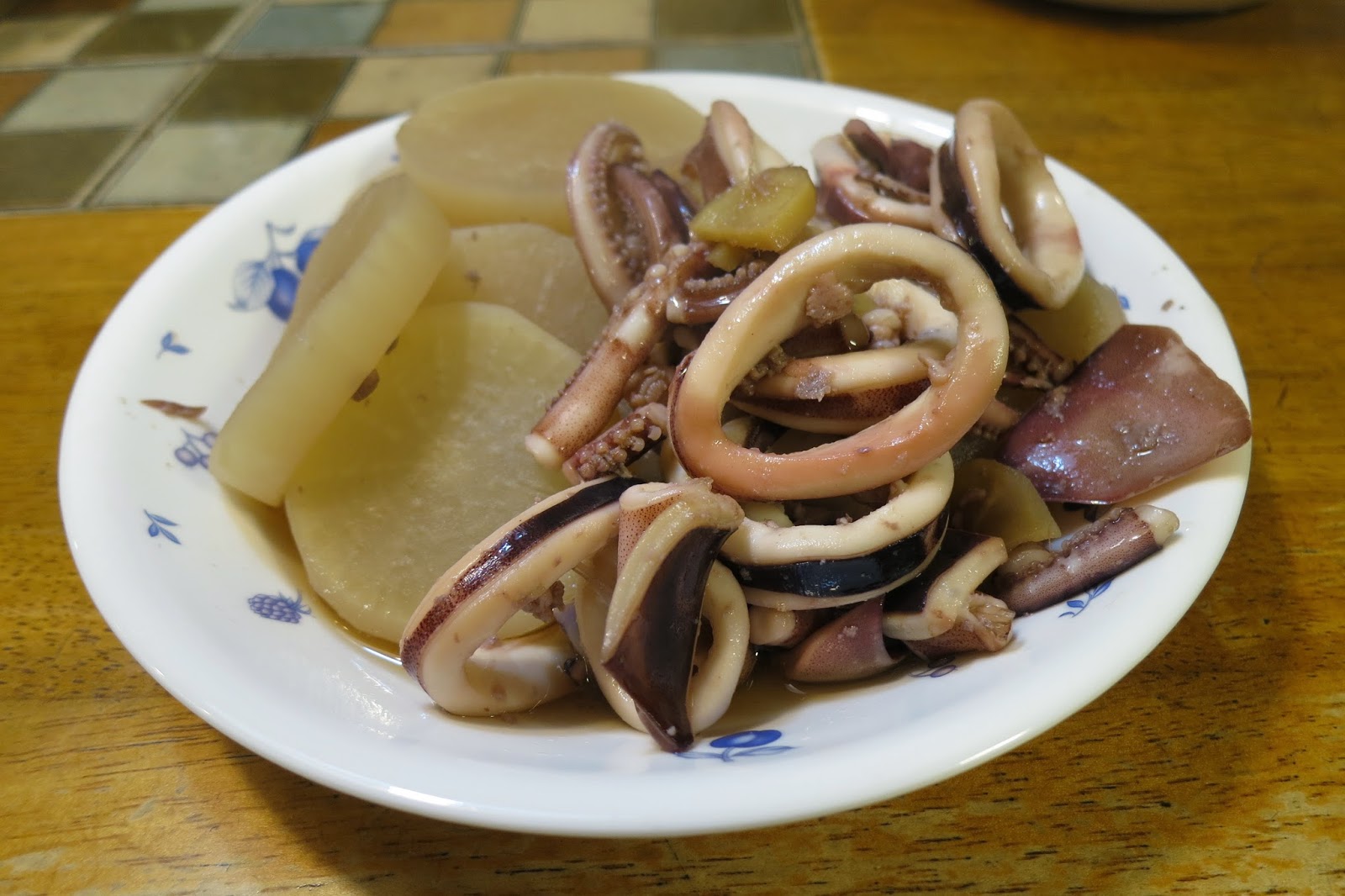 In addition to it, beef stew and fresh salad were prepared. The latter was featured with persimmon harvested in our garden. Mild sweetness of persimmon goes well with the other vegetables. 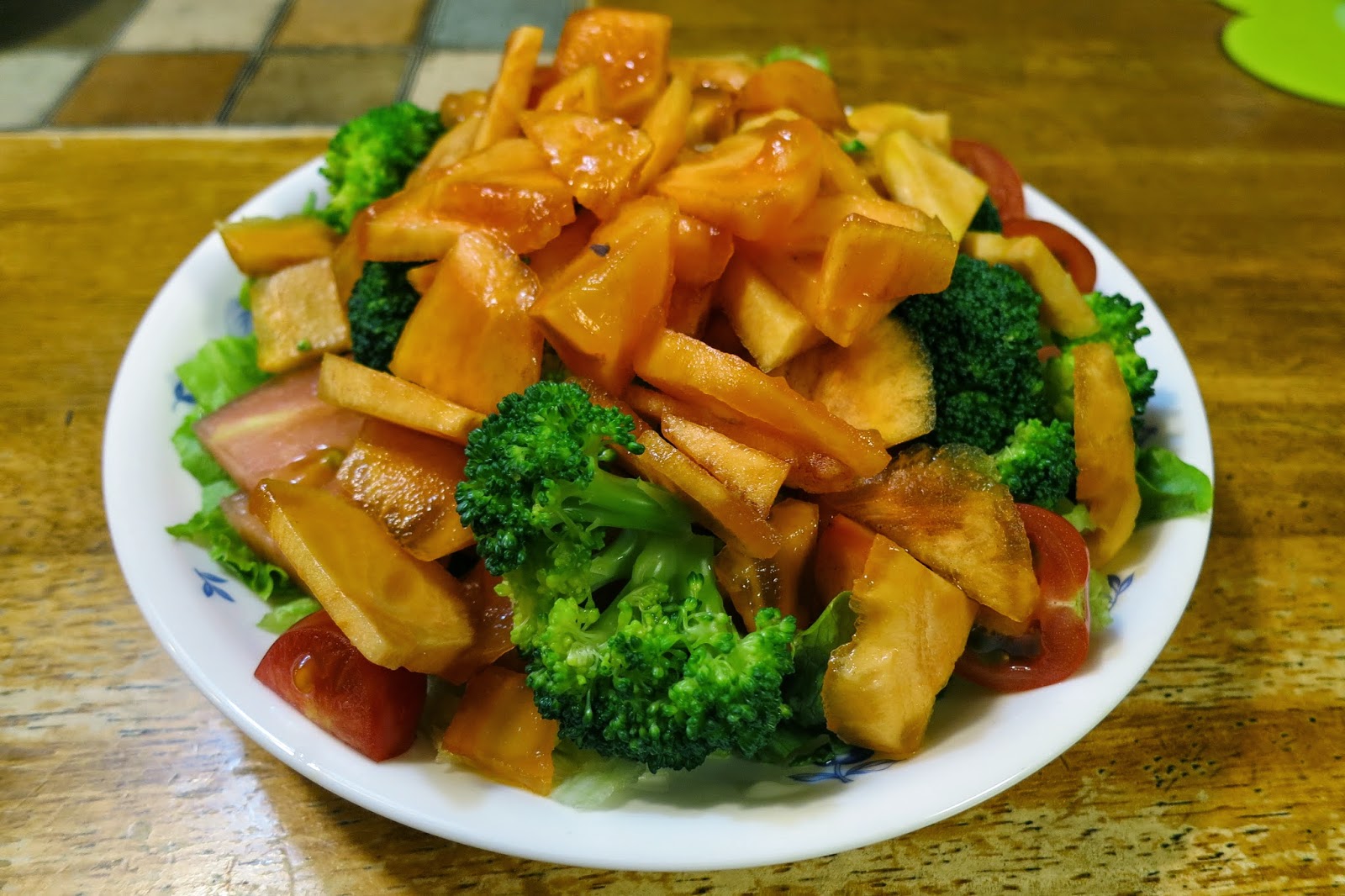 Rice was cooked with chestnut. I have prepared a "box supper" for our daughter. Although the bad weather has prevented her from going there, she would go for a public recording of a radio program in Tokyo tomorrow. It is concerned about some social issues. She has grown up to be a sensible woman. Next spring, she would start her career as a nurse at a hospital. We are proud of her.
Posted by Shin JA1NUT at 12:16 PM