A friend of mine, Manuel, LU5OM. I began talking to him often since he had entered FOC a few years ago. A superb CW operator. It turned out that he used to be CR6IK in '60s and I had worked him on 15 meters those days. The world is small. He is 67 years old and has a command of 3 languages.

I often read about him in the posts Mukai JF1TTN had made. But he hasn't been on his topics for some time. He told me he had been to his homeland Portugual in September. On the way back home, he got an gastroenteritis, that kept him inactive for a while.

Manuel and his wife Mariana 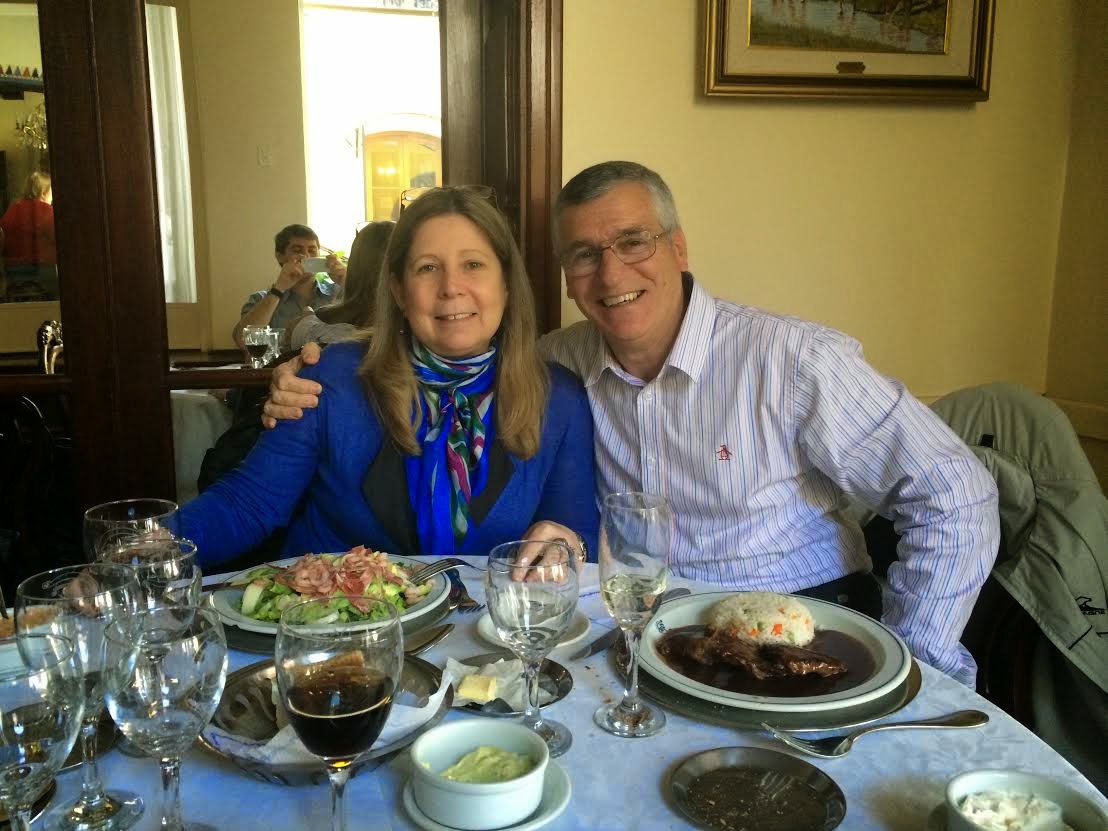 His neat shack. The antenna is HEX at "3" meters of height. He has sent me the photo of the antenna, which I have lost in the file box, sorry. He might put it up higher soon. 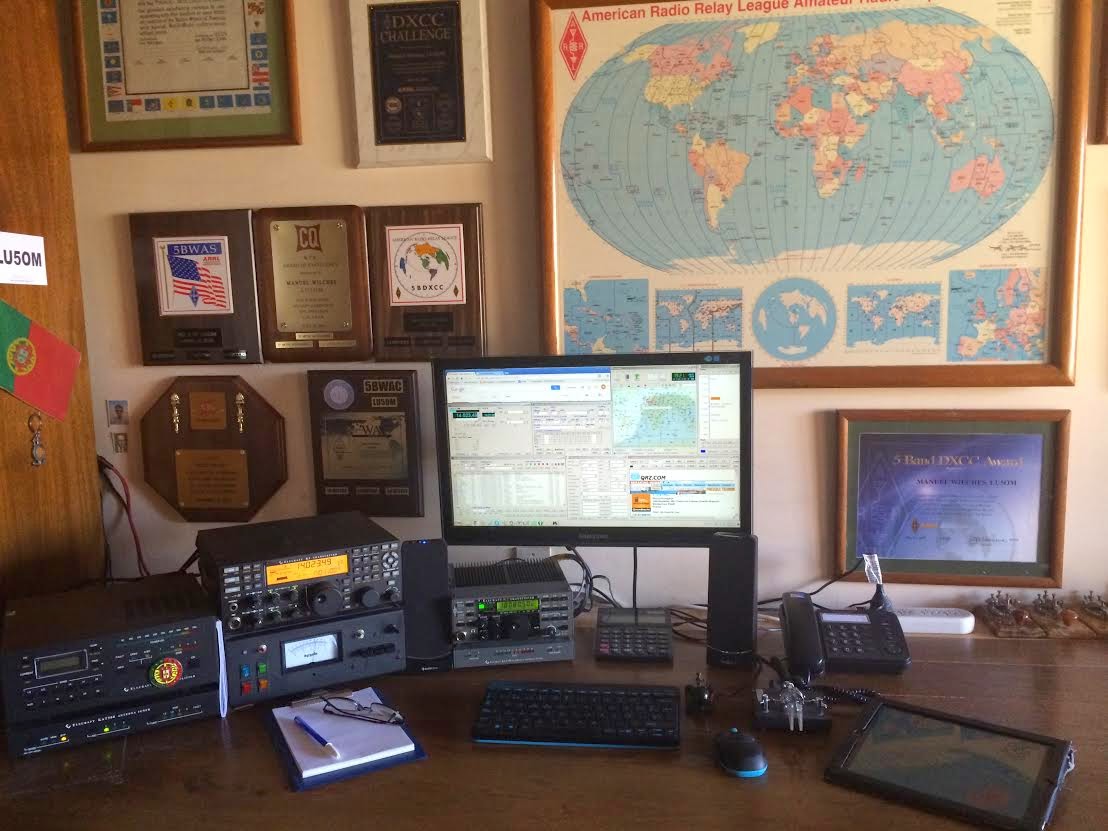