Another trip to Tokyo

This afternoon, I suddenly took it into my mind to go for a concert in Tokyo. It was an event held at a string instrument exhibition, where some of the exhibited string instruments made by different makers would be played by professional players. Mr. Itoh, whom I have always asked for instrument repair, was going to exhibit his newly made violin to be played there. My wife has backed me up to go there.

The exhibition as well as the concert place was in the central part of Tokyo close to the imperial palace. Honestly, we were not in time for the performance of Mr. Itoh's work, which we had to listen that through the monitor in the lobby. It sounded soft and beautiful even though we sure missed listening to it directly in the hall. We could enjoy the performance of the others' works. When listening at a seat behind in the hall, they all sounded almost the same. The standard of the works might be almost constant. Or it might be related with the place we listened to them. However, the work by a maker named Mr. Sonoda sounded best so far. Powerful and brilliant. Although I don't know if the performed pieces, like Yzaye or Paganini, were chosen by the violinist or not, they were a bit too technical ones. It exaggerated the virtuosity of the player but not the difference of the violins. Anyway, we have enjoyed them much. 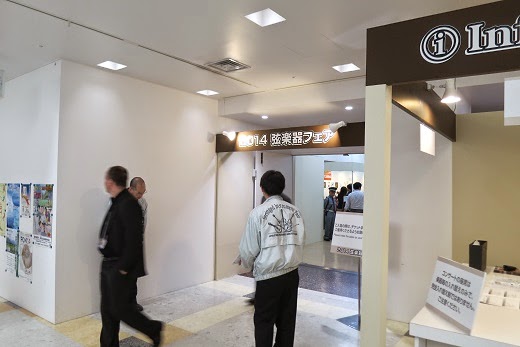 I was tempted to try some cellos exhibited there. However, since I had made up mind not to get fickle to the others than mine, I dared not to do that. There were much more visitors there than several years ago when I came last time. Maybe, partly because it was the mid day of a long week end. It might be thanks to a bubbly economy as well. When they get much more money than usual, they tend to spend for something like jewels or musical instruments. We have left there after looking around all the exhibited instruments.

It was a place pretty near to our mother school, that was supposed to be familiar to us. In the twilight before sunset, under the cloudy sky, we have started walking heading to the railroad station like we used to decades ago. 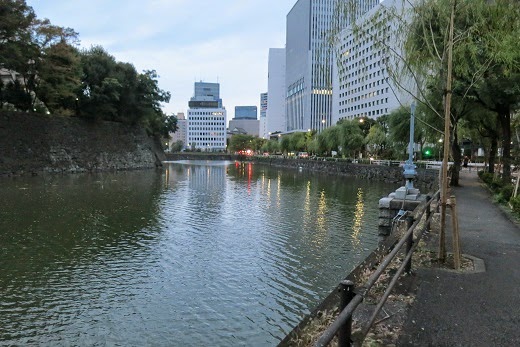 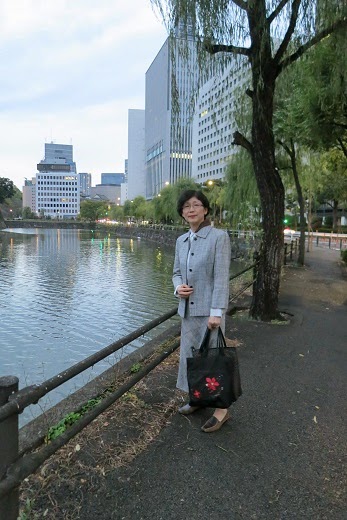 We were lost on the way, even though we were pretty sure where we had walked! We arrived at another station next to that we had headed to. Walking up on another steep slope, we finally reached the place we had intended to go. It was a bit different from young days that the walk left us a bit of tiredness. Taking simple dinner at a restaurant close to the med school we had studied, as we used to do those days, we came back home. There were a lot of people in the downtown. In the beginning of this trip, we were talking we would come for concerts oftener than before. On the way back home, however, the stress in our conversation was in the point about how tough it was to get through the crowds or how tiring it was to get on a train delayed due to some reasons. Maybe, our young days won't come back to us so easily.
Posted by Shin JA1NUT at 1:24 AM