I and my wife have met Joe AJ2Y from Atlanta GA today. One week prior to his business trip to Tokyo, we have met a couple of times on 40m. Hearing that he had been interested in the japanese culture etc, I have invited him to our area. Arriving Tokyo yesterday, he has attended a mass at a catholic church there. He could come here on Sunday. Yes, he is a faithful Catholic christian.
We headed to Mashiko, where I took him to Saimyouji, an old temple. This temple was told to have been established in 8th century, while the buildings were constructed in 15 to 16th century. It is not a renowned place as a temple. It is still a quiet and beautiful place on a top of a hill. I hoped him  such a temple as this one, not famous as a sightseeing place at all, are still kept as a cultural monument in every countryside in Japan.
Joe in front of a straw roofed hall. 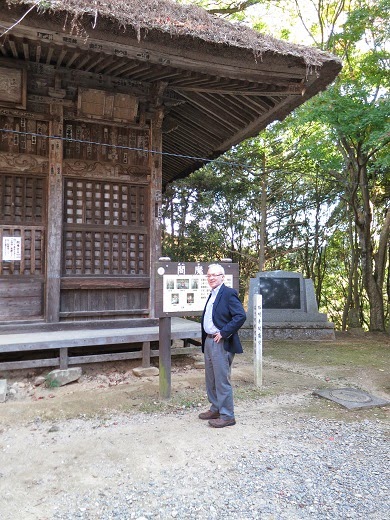 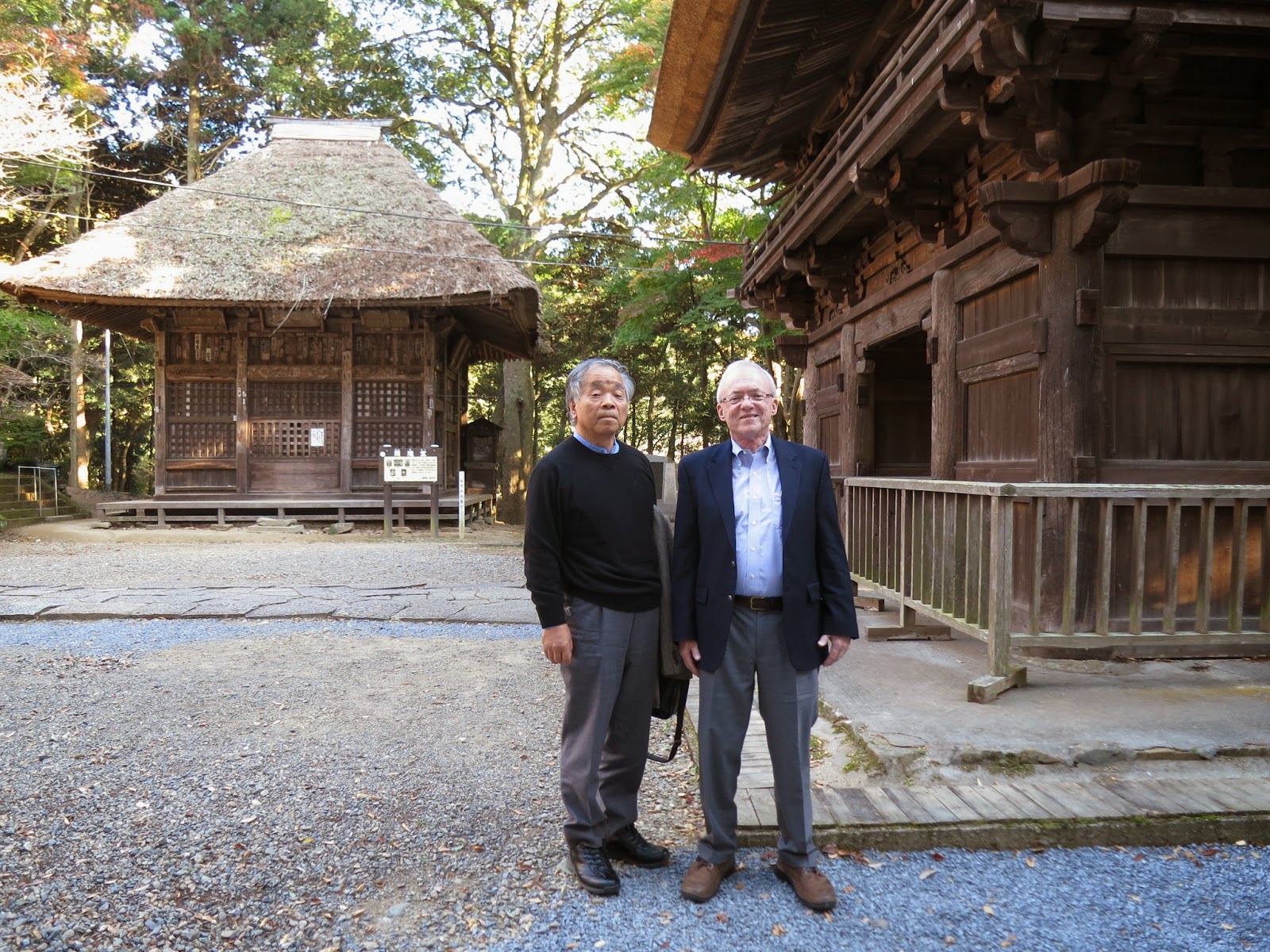 In front of the stone steps to the main building. 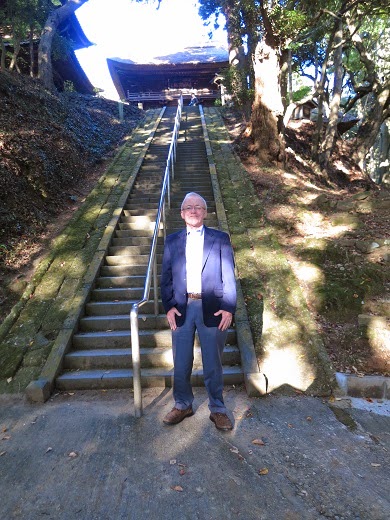 He is working for a software division at a major related comapny. He seems to have worked for software developemt and sales for nuclear power plant management. We have exchanged frank opinions about nuclear power generation. I told him I had been concerned about the safety of such generation plant while he was sure that the latest model of nuclear power plants were constructed in failure proof. The market of the nuclear power generation plant has, however, declined since 3・11.
He has been an avid ham for 51 years since he started it in New Jersy. He majored in Architecture at MIT.  From 1979 to 1884, so far as I understood, he has lived in Louisianna, where he had a high tower with a beam on it. In the other period, he has been enjoying radio with simple wire antennas. He is considering retirement very soon and would move to a suburb where he could fully enjoy radio with a bigger antenna.
After shopping of Mashiko pottery, one of the famous potteries in Japan, we headed to our home. He has enjoyed listening the bands from my station. He told me he had been a bug user until he started using a single lever paddle 2 years ago. 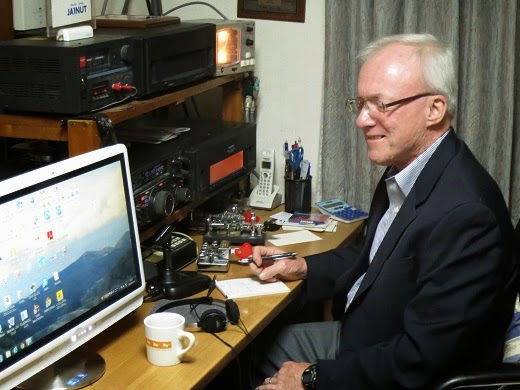 With my wife joinied us, we had a fine dinner at Oyama together. Nabe dish, fresh sashimi and the others. Even though he was not strong for alcohol, he had a glass of beer while I got a couple of them. Promising seeing again either in Atlanta or here again, we farewelled to him at the station of Oyama.
Posted by Shin JA1NUT at 2:21 AM