Beef was cooked with potato, carrot and onion. It was seasoned with fish stock, sake, sugar, soy sauce and sweet rice wine. The latter two were added in the midst of cooking. Using beef instead of pork and less salty seasoning are typical for the recipe in Kansai area. My wife, originally from Shikoku next to Kansai, likes that taste better than that in Kanto area.
This menue called Nikujyaga, which stands for Meat and Potato, is another popular one popular among families in Japan. 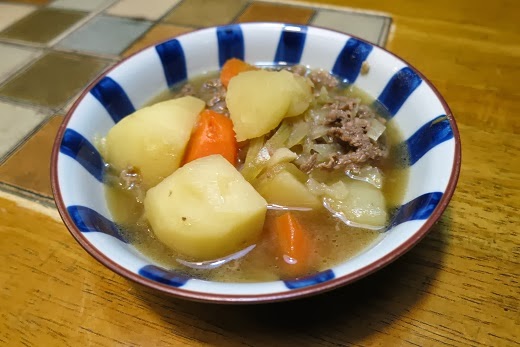