When I came home from my parttime work this evening, an email from Bob W6CYX had waited for me in the mail box. It told me he had a successful surgery for cataracts and he could see things "like a baby." It was a real pleasant news to me. Since he has had a vision problem on one eye, he might be concerned about the result. As soon as the procedure was finished, he knew he could see things clearly. What a pleasure it was for him!

I have known him since 1960s. We had not talked much on the radio until 1980s. I have visited him in San Jose for three times. In my 1st visit to him in mid 80s, he ans his wife have come to see us, me and Hide JH0FBH, at the SF Intnatl airport. I was impressed at his nice house on a foothill of Mt. Hamilton, where we could look over the bay area.  He was fond of a japanese actress named Yasuko Sawaguchi, whose big picture was put on the wall of his shack in the basement. In my 2nd visit htere, an old friend of mine, Steve, WA6IVN, and his wife came to see me at the party Bob and his wife held for me. Steve was seriously ill at that time and passed away not so long after that visit. I and my wife have visited him in the summer in 2012. I have written an article of this visit in this blog. He has taken us to a redwood park in the peninsula and a pier in Santa Cruz. I have enjoyed listening to his story at a concert in Monterey Bach Festival. Reflecting of this drive trip, I knew he had had vision problem at that time. I could not recall of this visit to him and his family without heartfelt gratitude.

He has been a conservative dialectician while I have rather liberal way of thinking. We often have opposing views about politics or economy. When he insists on his view and listen what I say about it, he always leave it as it is. No big debate. It may be his wisdom. I always enjoy, however, his propaganda against democrats or beaurocrats. My wife always smiles when we remember how he told about them in the dining room there. Both he and I are not so young any more. Hopefully, I would go on talking with him on the radio as well as in eye ball in the future.

Again, congratulations to you Bob! 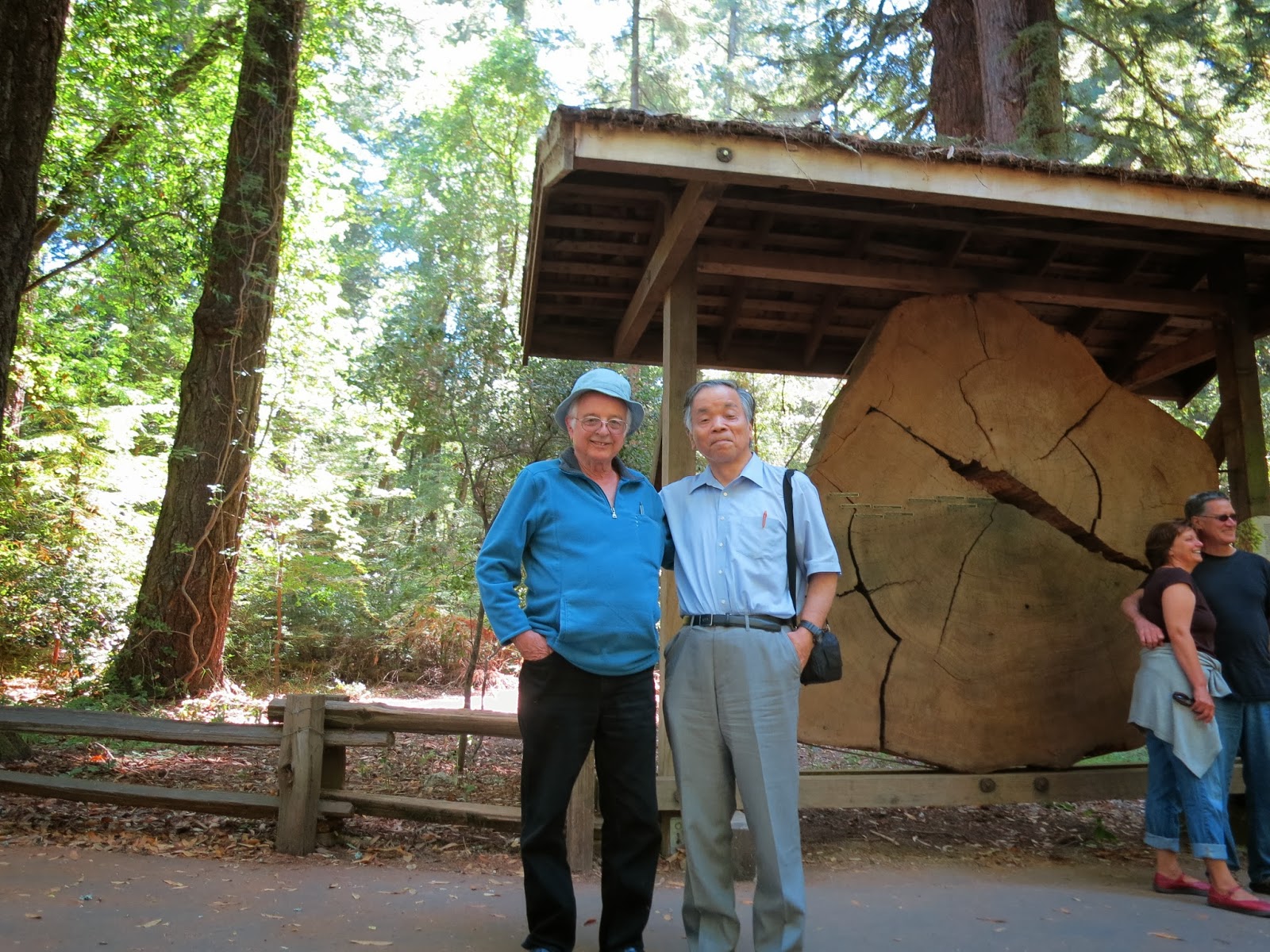