Hail has damaged the vegetables

A couple of days ago, we have had a bad thunderstorm. Much lightning. Pouring down rain. And finally even much hail started falling. The hail was 1cm or so in diameter. Pieces of ice were literally  dropping. My antenna or house have not been damaged. But the vegetables in the garden farm were damaged a lot.

Some of young plants were bent on the ground. 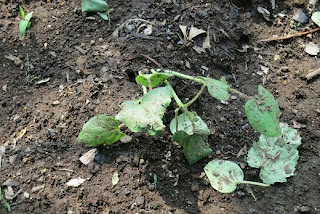 Stalks of some vegetables like tomato or water melon were cut by dropping hail. It is just as if they were cut by a sharp knife. 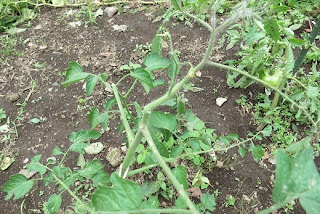 But there were those survived in this weather. A couple of Marygold, left, and Basil, right. Bravo to those plants with vivid lives.  ﻿ 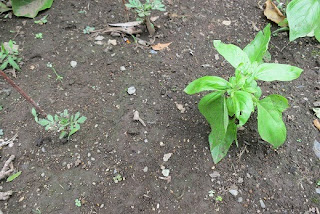 This morning, I found some of the bent plants started growing straight up again. I could not help smiling at them. The lives are not so strong against natural disasters but still could survive by themselves. Touching, isn't it?
I thought what difficulty farmers have in such a weather. They might know how to prevent from having such a trouble. But in some cases, it might be very difficult to spare such damage. They have somthing common with medical people who are also doing with lives which could undergo unforeseeable changes.