Our daughter has come home yesterday. It was after several months long hiatus since her last visit. Needless to say I have prepared a special dinner featuring home grown tomatoes, potatoes and other vegetables. We have had a great dinner together.

She said the work as a nurse at the emergency ward had kept her so busy that she could scarcely have time for herself except during holidays. It was her only complaint that the patients whom she had been in charge of for sometime would move to the subacute inpatient wards as soon as they got better enough for that. She could not see them fully recovered and discharging from the hospital. I told her they must be most thankful to the staff who cared for them at the most critical period in their illnesses. Having the training at such acute care ward, she could work as an all around nurse in the near future and would see many patients who discharge from her ward.

Her colleagues seemed so friendly that, as she said, it had been comfortable for her to work at the present ward. I know the societies of nurses could be sometimes quite harsh with hierarchical relationships. The origin of nurse is in the war and has left military like hierarchy in its system. Considering of that, I was full of thanks to the staff and the nurse manager. Our daughter has started studying law at a university in Tokyo but has eventually dropped out. Having spent a few years in the quest for identity, she met this calling as her grandmother and aunt did. I am pretty sure she would live in this profession throughout her life. Gratitude and joy have overflown in my mind.

She has brought some gifts for the Father's Day. A rosin for cello bow, a shirt with elegant design and my favorite confection. Wonderful gifts! 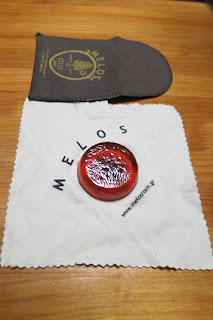 Even though I sometimes feel tired of practicing cello alone, this rosin may encourage me a lot.

My wife and she have gone for a ballet concert in Tokyo. I could not help smiling at her wearing the best dress for that event. It is held in Ueno, where I and my wife used to spend our engaged days. It is a pleasure to remember those old things, not with regret, but with thankful feeling.