Repeating the same thing in QSOs

Yesterday, around the sunset, I have met Don N7EF on 40m. He is a kind of DX chaser who used to ask me to go to P5 for DX pedition. Of course, it was a kidding to me. It is, however, a fact that he badly needs P5 for the last entitiy. On the other hand, he is a very nice ragchewer as well. He used to tell me to bring cello to P5 and play something for Kim Jong Wong, the Guru of the country. I answered that I would be brought to the labor camp as soon as I started playing it. Yesterday, he was pleased, as he told me, to know that I had not been sent to the camp yet.

Don told me he could not sleep long as in young days. He got up in 4 hours after falling asleep at night. Then he would go on being awake for 2 or 3 hours until he feels sleepy again and takes 2 or 3 hours sleep again. In the meantime, he often shows up on 40m in our sunset time. I told him how to fall asleep. It is the autonomic training method famous for a treatment for insomnia. Surprisingly, he answered to me he had remebered that since I taught him that 2 years ago. What a shame! I have totally forgot telling that to him before. He told me he had practised that method which worked out fine for him. I didn't dare to ask him if he had not tried that yesterday yet. Anyway, that sleep pattern is quite normal for our age. Wishing him good sweet dream, I gave him 73.

I was stunned to know that I had repeated the same thing to the other in QSOs without being conscious of it at all. Of course, aged people often do that. I could accept it without any problem. But it is a bit embarrassing that it has happened to me. I have realized that I was already in the old age. I should be careful about that. But I could not avoid it at all. I should ask friends for making such a trouble to them. Don was kind enough to emphasize that that method had been helpful to him but not that I used to tell the same thing before. 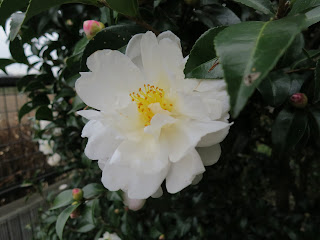 Maybe, I have done the same error in this blog. I should say the readers to forgive me in advance.