Rainy season is finally over

The long lasting rainy season will have been over in a day or two. It was brightly sunny this afternoon. I went out to the yard farm and was sad to find quite some of tomatoes were decayed due to the rain. Tomatoes are vulnerable to rain. The other plants were intact. I could not help being amazed at the fact that some are destined to death while the others are alive under almost the same environment. It is a mysterious selection in life.
This bizarre weather reminds me of the climate change. It also brought us flooding and disasters of landsliding etc. Some lives were lost in the southern Japan. They say we have had rain throughout this month without any exception of single day. There were no typhoons recorded in this month, which is another unusual phenomenon in weather in this season. In Germany, I heard, the government is concerned about the climate change as well as the coronavirus epidemic at the same time. I believe it is a right attitude for the government. In those countries, including our country, which are reopening economy before the epidemic is controlled, there seems to be further exacerbation of the epidemic.
Furthermore, it seems plausible to me that the climate change due to excessive development of nature is closely linked with emerging infectious diseases like the novel Corona virus infection. Most emerging infectious diseases are thought to appear in that way. From this perspective, both the climate change due to development by human and the threat of the emerging infectious diseases should be considered and solved at the same time, I believe.
Among disturbed vegetables in their growth, eggplants were growing nicely. I have picked up a couple of them in the farm and have grilled them with sour sweet seasoning. Very good! Whenever I cook such eggplant dish, I remember of an old friends K5FA Fred, who used to tell me he harvested a lot of eggplants in this season. He was in Miss. I haven't heard him for years. 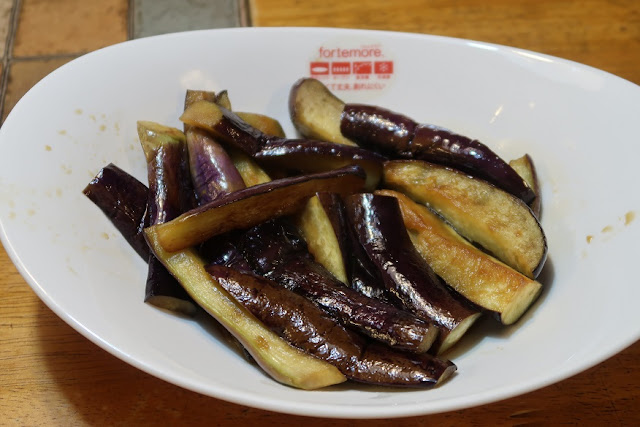